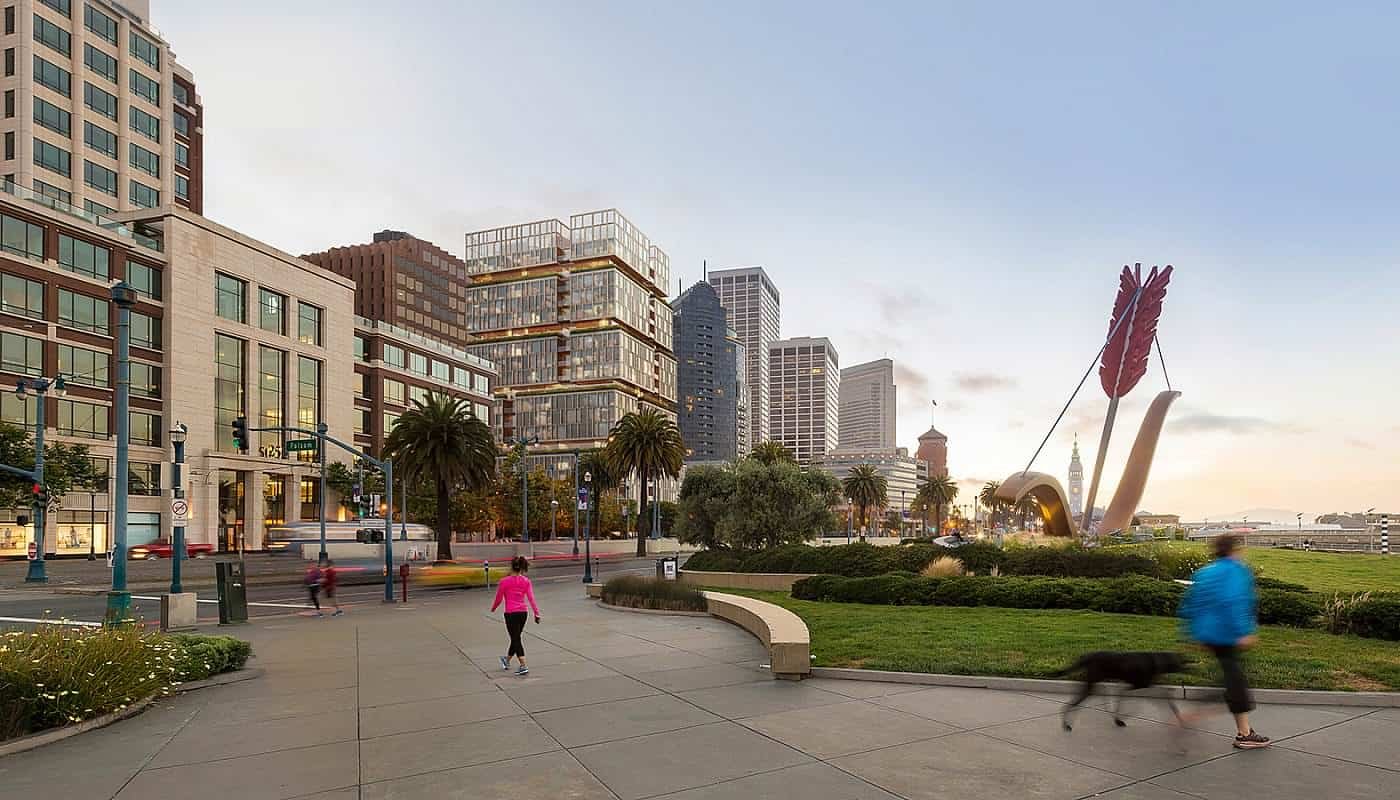 There are very few waterfront parcel sites available in San Francisco, particularly along the Embarcadero, and 75 Howard is one of them. The city of San Francisco is very particular about what is built along the waterfront because height limits and accessibility are an ongoing concern. However, 75 Howard has been fully approved for a 20-story, 120 unit residential highrise.

Yes, there will be waterfront condos available sometime in 2019 for purchase. In addition, on the ground floor of 75 Howard, there are plans for retail space and a 5,000 sq. ft. restaurant. On the corner of Howard and Stuart, the existing parking garage will be cleared sometime later this year if all goes as planned.

The new condos at 75 Howard will have unobstructed dramatic views of the Bay Bridge and the San Francisco Bay from its east-facing units. North facing units may have downtown views and Ferry building views – it’s hard to say at such an early stage. Check out the renderings of what’s to come.

The Opulent Waterfront Lifestyle at 75 Howard

San Francisco’s Embarcadero Waterfront is some of the most prime real estate in the world. With that said, these market-rate condos will be on the high-end spectrum with luxurious finishes and gorgeous spaces. Pricing is estimated to be at noteworthy $2,000/sq.ft., equivalent to the pricing at 181 Fremont and One Mission Bay. All considered, Downtown Waterfront itself will be a world-class experience. Walk out of 75 Howard’s front door directly across the street to the San Francisco Bay and the iconic Cupid Span. Buy all your gourmet goodies at The Ferry Building, an easy walk away. Enjoy unique open green space at the rooftop Transbay Park, which will only be a few blocks away. Enjoy the Bay Lights at twilight or stroll to ATT Park for a Giants Game. Living on the waterfront at 75 Howard will be a unique and rare investment opportunity.