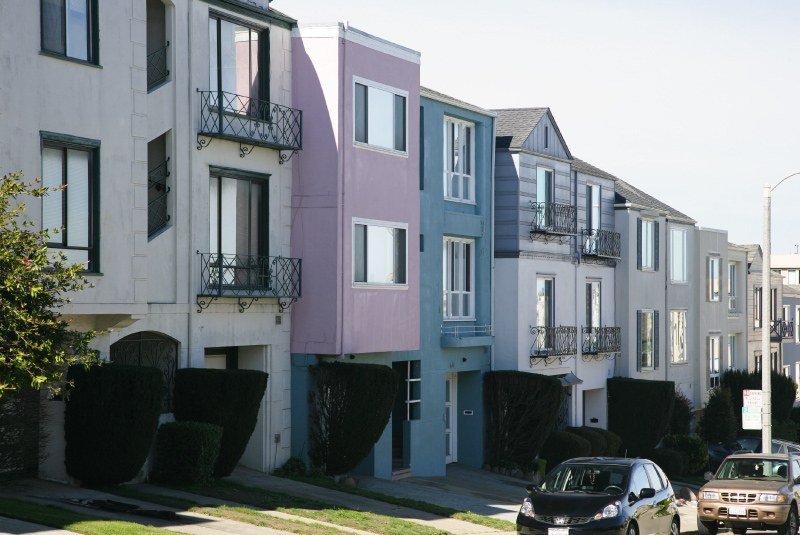 This is definitely one of the most picturesque neighborhoods in San Francisco. The perimeter of the square is bordered by architecturally significant houses among which the Archbishop’s Mansion and the Russian and German Imperial consuls from the early 1900s take center stage. It is home to the beautiful Painted Ladies.

Alamo Square Park is located at the center of the neighborhood, from which you can have a breathtaking view of the Beaux Arts dome of city Hall, the tops of the Golden Gate and Bay Bridges and the surrounding cityscape. Residents troop to the park on weekends for various leisure activities such as; to walk their dogs, to take their kids to the playground or to play a game of tennis, as it contains both a playground and a tennis court. A view of the beautiful, iconic Painted Ladies— a row of Victorian era homes, backed by the city skyline can be seen looking across Alamo Square Park.

Bordering Alamo Square to the west, we have Divisadero Street which is home to a rising number of trendy and popular restaurants and bars. Near the Golden Gate Park is a cool spot for extracurricular activities like walking, riding a bike or model-yacht racing. The park houses the phenomenal de Young Art Museum, the California Academy of sciences and the Conservatory of Flowers.