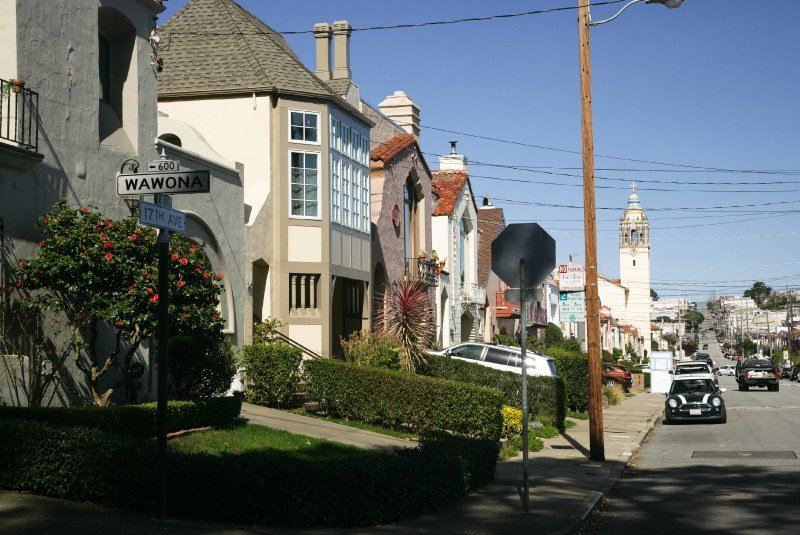 Forest Hill is a green, luxuriant, century-old district of large estate homes, trimmed lawns and blooming gardens. Forest hill is like a gated community without the gates; it offers its residents serenity, peace, privacy and tranquility. It is situated right at the center of San Francisco. The district is urbane while having the aura of a small town.

The buildings in Forest Hill follow the delineations of Twin Peaks, while its streets are winding and tree-shaped. The hillside of the district affords residents delightful views of the Pacific Ocean, the Golden Gate Bridge, and San Francisco Bay. The stately homes are constructed in contrasting architectural styles ranging from Spanish Mission to California Modern, French Normandy, English Tudor and Cotswold Cottage.

The popular Forest Hill Clubhouse on Magellan Avenue was designed by the acclaimed architect Bernard Maybeck in 1919. Every August, the venue for Forest Hill Musical Days hosts classical musicians from around the world where they come and perform. The chamber music festival was incepted in 2003 by pianist Mari Kodama and her husband, conductor Kent Nagano who reside in the neighborhood.

Forest Hill affords its residents easy access to the West Portal Avenue and its shops. There is light-rail transit service to Union Square and the Financial District available at Forest Hill and West Portal Muni Stations.