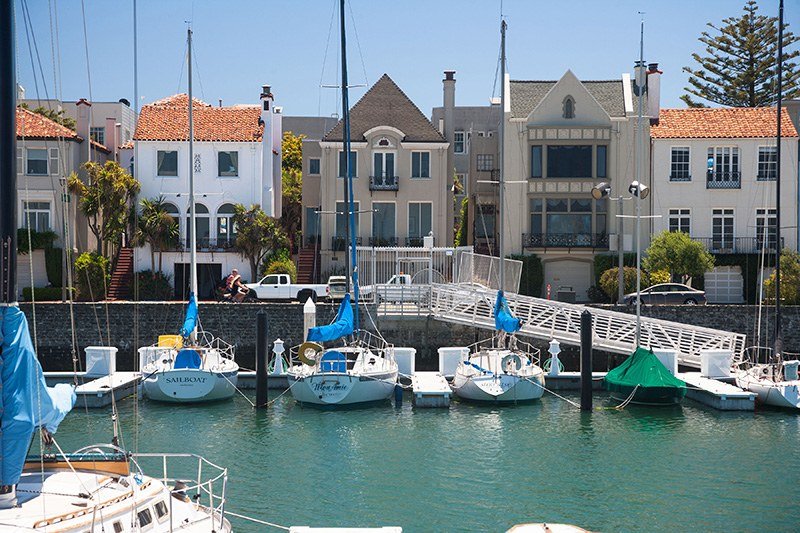 One of the most in-demand neighborhoods in San Francisco, The Marina. It is the abode of an enormous marina and its fleet of luxurious yachts. The locals enjoy the sunny visuals from their expensive homes; the walking, running and biking trail that extends all through the bay; and the expansive Marina Green which is always in use by kite flyers, volleyball and soccer players.

The Marina has many allures. One of the most significant is the Palace of Fine Arts – a Roman Classical monument conceived by Bernard Maybeck for the Panama-Pacific International Exposition in 1915. It also has several picturesque spots like the rotunda, massive columns and lagoons which lure several wedding photographers and travel magazines to get their historic pictures.

Fort Mason Center is just eastwards of the Marina. It is a former Army outpost which is the present abode of a dynamic cultural-arts center showcasing art openings, galleries, dance performances and theater in the Cowell Theater. It also houses a farmers market, a food and wine festival and Greens – one of the first restaurants to serve haute-cuisine vegetarian fare.