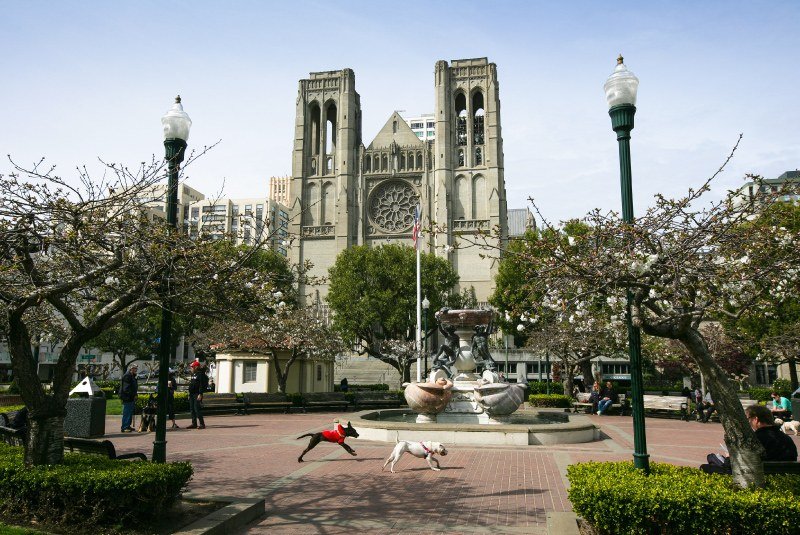 Nob Hill is a district that is sophisticated and posh. It is populated by grand hotels adjoining Huntington Park and enormous mansions. Nob Hill is home to old San Francisco, and it is nested on a steep slope. It can be reached by the California Street cable car introduced in the 1870s, and runs through the center of the city. The offspring of San Francisco founding families often visit their private clubs in Nob Hill, including the gentleman exclusive Bohemian club.

The homes available for sale in Nob Hill are among the most wanted in all of San Francisco. The Baronial luxury is still very evident in Nob Hill. Pre-war exotic apartments, adorned with wedding-cake frontages can be found throughout the neighborhood.

The center of Nob Hill is Huntington Park and its Famous 10-foot tall Fountain of Tortoises. There are numerous benches available around the swanky city square providing a much needed respite for those who hike up the hill. A children’s playground is a hidden treasure.

The gigantic stone structure of Grace Cathedral embodies the Episcopal soul of the district. The Cathedral maintains a strong social justice program, hosts vocal concerts and sustains an outdoor labyrinth where the residents can come and walk its stone path in meditative silence.

Despite its precipitous streets, Nob Hill is a completely walkable district and has the aura of a city haven. It is bordered by the trendy boutiques at Union Square, the bustle of Chinatown and nightclubs of Polk Street. It is also in close proximity to the Financial District 1 and Downtown San Francisco. There are Muni bus lines that cater for the city commuters and they include the 1 California and the 30 Stockton.