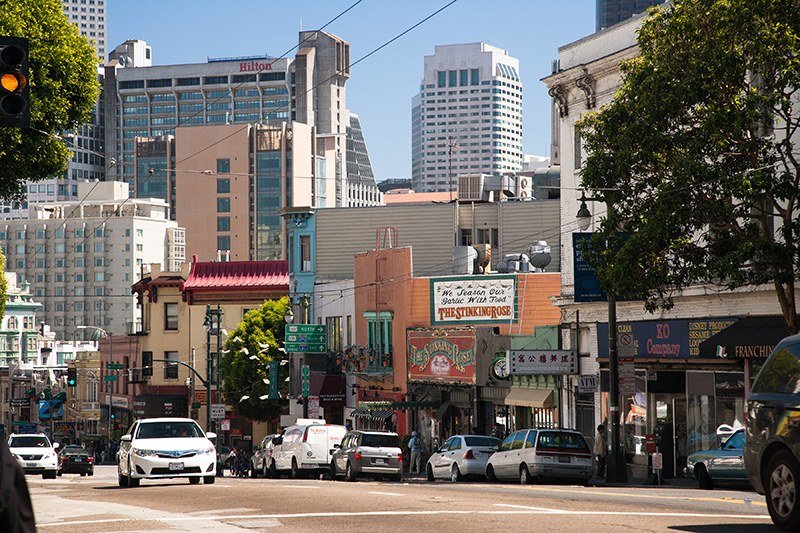 North Beach neighborhood is located in between Broadway and Columbus and it stretches out from the Bay to the base of Telegraph Hill. There is original Italian cuisine present in North Beach which is also the spiritual abode of the Beat movement and boasts an exciting nightlife.

The neighborhood is carefree and there’s a liberal attitude that prevails among the locals, they live their lives as they want without criticism and judgment from one another. At the crossroads of Columbus Avenue and Broadway, tourists can be noticed staring at their guidebooks. The area is bustling on weekends. Just a block away, the real neighborhood begins. There are houses situated on the peaceful, quiet streets that embark the dangerous climb up Telegraph Hill. The area is highly sought after and for those fortunate to reside there, they are treated to stunning Birdseye views. There are a couple of cafes in North Beach like Tosca café – a bar that caters for opera lovers and Caffe Trieste – the go-to location for an espresso; city lights; the popular independent bookstore and publisher of Alan Ginsberg’s “Howl”. There’s an abundance of original Italian delis and dining as a result of the scores of immigrants who came here from places such as Liguria, Turin and Lombardy in the 1920s and 30s.

There is no longer a beach in the neighborhood. Formerly, the waters of the bay lapped up in opposition to Taylor and Francisco Street, but recently, that waterfront has been replaced by a 19th century landfill.