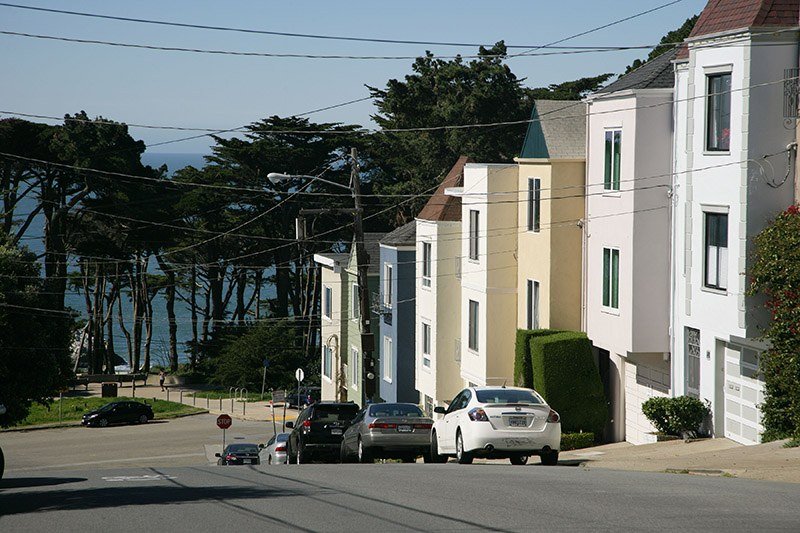 This district has a calm, easy-going, beach-town quality, as well as plentiful outdoor prospects for those who relish bundling up on foggy days. It is in close proximity to Ocean Beach and Golden Gate Park. A large portion of the streets are expansive and flat, perfect for biking and walking. There are quite a number of Muni bus lines running all through the district including the 38 Geary, the 5 Fulton and the 31 Balboa.

Some of the homes in the district offers the residents ocean views and are in close proximity to numerous beaches. Small China Beach is famous for sunbathing while the mile-long Baker Beach offers delightful visuals of the Marin Headlands and the Golden Gate Bridge. Kite flyers, Surfers and families having picnics all flood Ocean Beach on sunny weekends.

Locals interested in hiking frequent the Lands End Trail, which twists and turns through the cliffs above the sea and way beyond Sutro Baths and the Legion of Honor. Majority of the walking and jogging paths intersect next to the Golden Gate Park. Outer Richmond is also the abode of the private Lincoln Park Golf Club at which the local golfers are treated to captivating ocean views from every hole.

The district’s chief shopping area – Geary Boulevard is filled with restaurants of various ethnic groups. There are French, Italian. Mexican and Russian to an abundance of establishments treating their customers to cuisine from all parts of Asia. The locals are known to drop by at Louis’ for a bowl of clam chowder after a day of recreation. The district also has several cultural prospects. The Legion of Honor located at Lincoln Park displays art from all around the world while the well-known art-house Balboa Theatre frequently features second and third-run Euro and independent flicks. The world-class museums at Golden Gate Park are just a short drive away.

The houses available in Outer Richmond vary from three and four-bedroom, single-family homes with hardwood floors, bay windows, garage, wood-burning fireplaces and yards. There are also newly renovated condominiums and multiunit homes on offer to singles and couples. At some of the homes in the district, the residents can enjoy stunning views of the Golden Gate Park, the Presidio and Ocean Beach, where they can just walk onto their decks and relish a pleasant sunset.