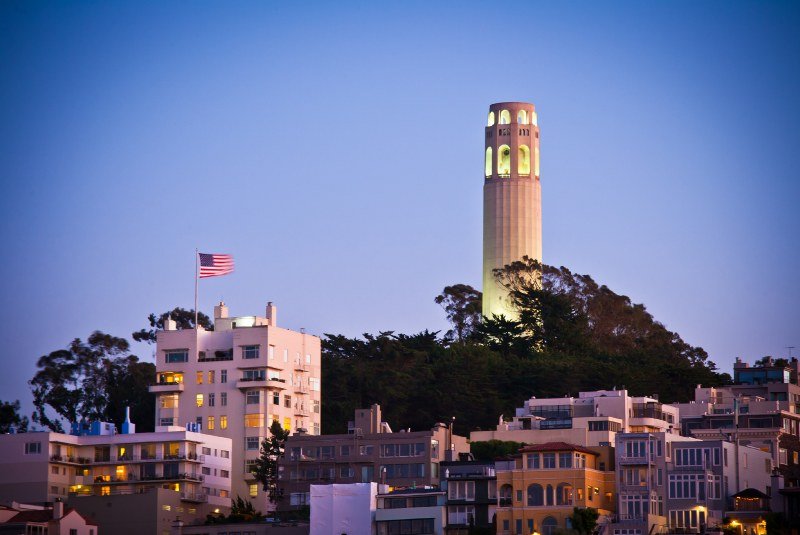 Telegraph Hill is recognized for its Carpenter Gothic houses, charming cottages and Italianate homes with their abruptly pitched roofs and baroque wooden scroll work. These are all examples of the old San Francisco and they are joined by the more recent modernist homes designed by prominent architects including Gardner Dailey, Richard Neutra and William Wurster.

The skyline of Telegraph Hill is governed by Coit Tower – named after the heiress who provided the funds used to reward San Francisco’s firefighters. The precipitous slopes of Telegraph Hill leads to Financial District, Fisherman’s Wharf and the waterfront making the neighborhood completely walkable. There are many wooden walkway networks in Telegraph Hill amongst which the Filbert Street Steps presents a trail to the peak of the hill from Levi’s Plaza. Reinvigorated by a meal from Il Fornaio, the climbers can follow the path to Coit Tower zooming past budding community gardens and gigantic trees. The scene from the crown of Coit Tower is a delight for the eyes and it attracts tourists from all around the world.