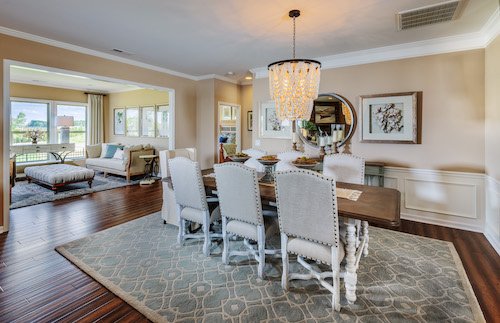 All the buzz about retirees downsizing and putting down roots in urban areas may be overrated. After all, neither practice is all that popular among millennials, who are usually the trendsetters.

After years of surveying active adults aged 55 and older, Del Webb, a builder of active-adult communities owned by the Atlanta-based PulteGroup, conducted a survey that considers responses of both older Gen Xers and younger baby boomers for the first time. Released in April, the results reveal that men and women aged 49-61 actually want many of the same characteristics in housing as millennials. Both groups said they want to move to a house that’s the same size or larger than their current home, which ideally would include three or more bedrooms. In addition, almost one-third of the Gen X respondents said they would design their next home to accommodate their aging parents.

Contrary to many projections, about 87 percent of boomers and Gen Xers don’t plan to make a beeline for urban downtowns, instead choosing a suburban or rural setting where they can slow down and enjoy some peace and tranquility. “Data from our most recent survey clearly indicates that true urban living appeals to only a limited number of future retirees,” says Jay Mason, vice president of market intelligence for PulteGroup. “Both Gen Xers and baby boomers nearing retirement are looking for a different quality of life when considering their next move.”

While most survey respondents still prefer open floor plans like their millennial counterparts, the Gen Xers and baby boomers share a possible change in mindset. After years of seeking wide-open spaces, about 34 percent of both groups said they now seek some defined spaces for a better balance. That includes a dedicated dining room, a preference of 60 percent of Gen Xers and 48 percent of boomers.

previousHow to Get Rid of Mold in Your Home
nextIs Title Insurance Really Worth the Cost? – Part 2: The Gamble

Here are some tips on navigating today’s supercharged real estate market, where inventory is low and other buyers can be cutthroat. Bidding wars are becoming more commonplace in many suburban markets this spring as home...
Read more

Rejection hurts in any form, but when Charlotte Nugent and her husband offered well over the asking price for several homes in the D.C. region and still lost out, they were admittedly frustrated. Like many...
Read more
August 3, 2020

What have you done with your bonus quarantine time? Make a sourdough bread starter? Learn to play the oboe? For mine, I looked for and purchased a new house. How I managed to pull this...
Read more
April 29, 2020

Market Musings: A decade for the record books in Bay Area real estate

San Francisco real estate in 2019 is heady, but it’s not the same Wild West that it was in 2007. Read more… Share on Facebook Tweet Pin it LinkedIn
Read more